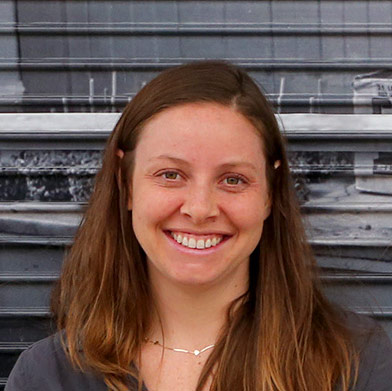 The Boardwalk’s annual Clam Chowder Cook-Off draws more than 80 cooking teams and fills the park shoulder to shoulder with thousands of chowder lovers from throughout Northern California.

Now in its 38th year, our Clam Chowder Cook-Off is the country’s largest and longest-running clam chowder festival. In 1982, the first year, the event was quite different from the event we have today.

A successful event wasn’t apparent from the start. In fact, for each of the festival’s first half-dozen years it was unclear if that year would be its last.

In October of 1981, I met with Santa Cruz City Parks and Recreation Department Special Event Supervisor, Danette Shoemaker. She had an idea for an event that would not only support the Boardwalk’s efforts to bring in off-season business but would also raise needed funds for Parks and Recreation’s youth programs.

For a number of years, Santa Cruz Parks and Rec hosted a chili cook-off at Harvey West Park. While it was a fun local event, it was not an effective fundraiser. Danette’s idea was to use the model of the chili cook-off, replace chili with clam chowder, and create a new event, The Clam Chowder Cook-Off & Festival.

The Santa Cruz Restaurant Association and the Santa Cruz Convention & Visitors Bureau recognized the benefit of promoting Santa Cruz restaurants to visitors in the off-season so they joined the event planning committee and supported the event for several years.

The Saturday after Presidents Weekend was selected because the Boardwalk had a history of very low attendance on that date. We had only 4 months to plan the festival.

The event was originally held inside Neptune’s Kingdom (then known as the Plunge Building Golf Course.) We set a target of 18 teams, one on each of the miniature golf course’s 18 holes. The space was tight.

To go from one booth to another, guests had to follow the zig-zagging of the golf course hole layout. Even with a fraction of the turnout the cook-off draws today, the facility filled up quickly.

The enclosed space was crowded, the atmosphere was heavy with rainy day humidity and the mix of smells from 18 different pots of clam chowder. Music and sounds from all the booths competed with each other. It was crazy! It was a lot of commotion! It was fun and exciting.

We wanted to move the event outside but didn’t want to risk holding an event in the rain. Additionally, we just weren’t sure that the energy and ‘festival’ atmosphere could be carried out onto the Boardwalk, things might be too spread out.

The tipping point came in 1984. It was increasingly difficult to accommodate the growing number of teams inside the Plunge Building. Plus, the event was doing damage to the building and mini-golf course.

The Cook-Off was on a Saturday. Weekend cleaning was a big chore, mini-golf might take nearly a week to be cleaned and repaired before it could be reopened to the public.

Cooking teams have always been encouraged to decorate and theme their booths. They put quite an effort into that decoration and theme, and still do. The last year the Cook-Off was inside the Plunge Building, the Hindquarter, a local restaurant, brought in a live cow, a calf actually, as part of their décor and theme. After cleaning up that year, we knew it was time to move the festival outside.

With 30 plus teams, the Clam Chowder Cook-Off moved outside in 1985. Following years have seen more and more teams participate, so much so, that in 2017 the event expanded to two days.

That first year we moved outside, it didn’t rain. Over the years the event has been held out of doors in rain, hail, snow and freezing temperatures. Our fear of poor weather proved unwarranted.

Regardless of the weather, the event has been a success. In fact, many say that clam chowder tastes better on a cold and rainy day. We now refer to cold and rainy forecasts for the cook-off as “chowder weather”.

The Clam Chowder Cook-Off taught us that to create a successful event, you have to have patience. New events are not always successful in their first few years, but if you can see the potential and learn something each time, you can build an event that will pass the test of time.

That lesson has served the Boardwalk well over the years. Just look at our Free Friday Night Band Series, Coca-Cola and Retro Nights, Boardwalk Holiday Ice and of course, the Clam Chowder Cook-Off.